Secretariat is a little film about a huge (and flippin’ phenomenal) horse. In movies of this ilk, we’re used to a lot more “drama”: the horse has to have a breakdown, the jockey has to break his leg, the central relationship has to divorce because of the principle character’s commitment to his/her equine.

In Secretariat, we have none of the above, except the journey of a strong-willed Denver housewife who inherits a horse; the biggest hurdle to success is a mouth ulcer. So it lacks a really powerful punch. But it’s got Diane Lane, as opposed to, say, one of the Fanning sisters, and it’s got some thrilling racing reconstructions, and it’s got that damn horse. Screw the spoiler alerts and I’ll tell you he wins. By miles. I challenge you not to be at least a little bit moved. 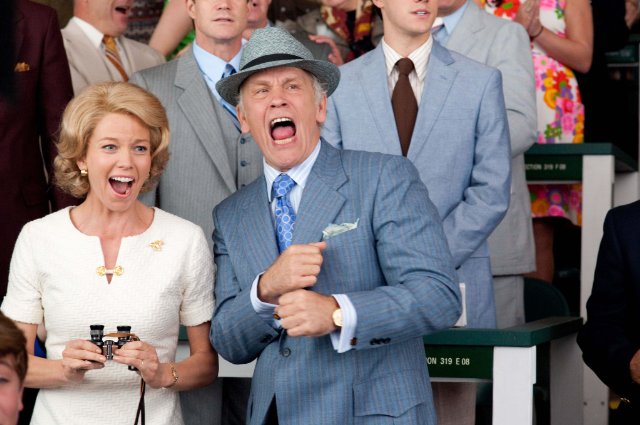 Although set in Virginia and Colorado, the film was actually shot on location in Kentucky for three weeks – Churchill Downs in Louisville, Kentucky, and Keeneland Racetrack in Lexington, before moving to Louisiana to reproduce the Triple Crown infields at Evangeline Downs in Carencro.