I’ve been working on a series of filmmaker panels for the AFCI’s Locations Show this June. This Aussie movie, Snowtown, was proposed for inclusion by the South Australia Film Corporation, and I’d never heard of it (nor the murders it covered). But now I’ve read up a bit, consider me both impressed and kind of horrified.

So (“blush”), I was interviewed for a profile piece in the LA Times that came out yesterday:

Film commissions are set up by governments to be the custodian of economic activity. That involves attracting international production to the destination, because it obviously creates jobs and stimulates small business growth. But the job of film commissioners also is to support film festivals to make sure that money circulates in the local economy, develop film audiences, support local filmmakers and connect with film schools – in short solidifying all aspects of the industry and creating platforms on which the global film industry can continue to grow and be sustainable.

Nice pic though (thanks Di & Francois)

You know how partial I am to apocalypse movies, and to zombie movies in particular? I think I’ve determined by now that there’s something about shuffling, mindless, unreasonable hordes that links in to my basic misanthropy. So AMC’s critically acclaimed, much-awarded, ratings-champ post-apocalyptic series The Walking Dead was eagerly awaited by me. (it’s not in SA yet.) I bought the DVD of the first season when I was in LA and have been devouring it with gusto ever since.

The show’s scenario is not particularly original – a small group of survivors travel across country staying one step ahead of ambulatory, infectious, flesh eating, corpses. It’s the way the story is told that’s so compelling – it’s more about human relationships under pressure than it is about slack faced, bity-jawed ghouls. It’s gritty, disturbing, bloody entertainment. Location-wise it’s pretty good too. Using Atlanta’s Center for Disease Control as a rationale for focusing the action, and Georgia’s whoppingly successful Film Incentives as a rationale for selecting the location, the unhappy band of characters are drawn to the vicinity of Peach State’s capital for most of the show. I’m not going to bother with a detailed explanation of how that was created – that’s all been done already at www.walkingdeadlocations.com.

And one last thing: can you hear that loud clunking noise? That’s me, dropping names. Gale Anne Hurd, venerable producer of The Walking Dead is the Co-Chair of the Producers Guild of America and of the Produced By Conference that’s being run in June in association with the AFCI.

Needless to say, I’m quite pleased to quote directly from the Association of Film Commissioners’ International website as follows:

Larry Brownell, who has served as the AFCI Executive Director since February 2010, stepped down from his post Wednesday, March 15th. The Board of the AFCI is pleased to announce that Martin Cuff Consulting will provide management services to the association until a permanent Executive Director is hired.

Larry commented on his work with the AFCI: “Film Commissions are the unsung heroes of the film business and provide an untold amount of assistance, both in services and financial benefits. I was proud to be able to assist the AFCI in supporting their work on behalf of media production.”

Martin Cuff Consulting is headed by Martin Cuff who has a long-standing relationship with the AFCI, having served four years on the Board. In addition, the firm brings with it an invaluable global perspective including the establishment, development, implementation and management of film commission offices on three continents, marketing and large-scale trade show experience and non-profit management expertise.

On his company being retained to assist in the interim, Martin Cuff commented, “I and the firm are honored to be able to work with the AFCI during this transition period, and are particularly excited to be a part of the new Locations Trade Show partnership with the Produced By Conference. I look forward to seeing everyone in Los Angeles in June!”

The board and staff are forecasting a smooth transition and look forward to working with Martin Cuff Consulting on upcoming events.

March 09’s Vanity Fair has a great feature on Harry Goulding, the pioneering Colorado-born rancher who, it could be argued, did the work of the world’s first film commissioner…..

It’s worth reading the whole article to be once again reminded of how the movies can impact so forcefully on how we see the world, but the bit where Harry goes to Hollywood in 1938, armed with a book of location pics of Monument Valley, is particularly priceless……

The way the story goes, Harry learned that United Artists was looking to film a Western on location. Harry went to work, enlisting the help of Josef Muench, a superb photographer who had first seen Monument Valley in 1935 and, during the course of some 350-odd trips there, would shoot some of the most memorable photographs of the place ever taken. At Harry’s request, Muench made up an album of 8-by-10 scenes of the valley. Then Harry and his wife loaded the “bedroll, coffee pot, grub,” as Harry later put it, and drove to Hollywood.

……Harry said. “I’m going to get in there or go to jail. I know I’ve got something they need.… You show me the right door to go in down there, their main door, and I’ll go on from there.”

So Harry went over to United Artists with his wife, who waited in the car and knitted. He made it to a receptionist, and he told her he wanted to talk to someone about a new Western that was going to be made. She looked at him as if he were crazy and told him he couldn’t see anybody without an appointment. Harry said he didn’t have an appointment, and she reiterated that there was no way he was going to see anyone. Harry said that was fine, then went to get his bedroll from the car, because he had no intention of leaving and figured he might as well be comfortable. At that point the receptionist called someone.

The location manager for the Western Stagecoach, which was about to be shot, came out all indignant and riled. He was livid at Harry Goulding for wasting his time, this dumb-ass western son of a bitch thinking he knew anything about the movie business, until he got a glimpse of the pictures that Harry had with him. Then he wanted to know where they had come from. Then the director John Ford looked at the pictures. And it wasn’t long after that that Ford decided to use Monument Valley as a backdrop for Stagecoach…..

Into the detail on the Durban & KZN Film Review project; we’ve issued two more reports including the Review of the Durban Film Office and International Benchmarking, and an Analysis of the Durban Film Sector utilising a Value Chain Approach. The Durban blogsite is on-going and I’m back to KZN next week for a further round of consultation and meetings. Reminder: you can also have your say via the Questionnaires listed at the site.

I’m also back from an extremely successful three week stint in Serbia. An action-packed schedule that included fifteen meetings with key industry stakeholder groups, plus interaction with a number of key Government departments and agencies, as well as supporting a new Film in Serbia website, planning for the Locations Trade Show and drafting the SFC Business Plan and membership materials.

No wonder there’s been no time to watch a movie. (Saw five episodes of House though, on the plane home……)

In the greater scheme of things, how an interfering official in the State of South Carolina dealt with the filming of the new Jessica Biel, James Marsden, Jake Gyllenhaal movie Nailed is a lesson on how not to engage with the film industry.

In Nailed, Biel’s character Alice is a sweet, small-town waitress who gets a nail lodged in her head in an accident, and begins acting in an erratic and outrageous (read sexual) manner as a result. Uninsured, she heads to Washington to fight for better health care and ends up falling for a clueless new congressman (Gyllenhaal) who must summon the political courage to save her. 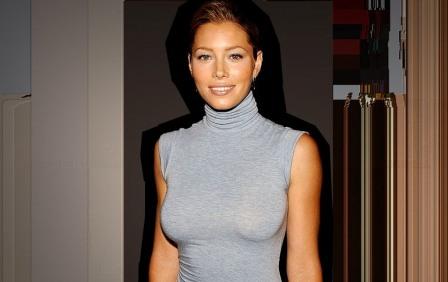 South Carolina was selected as the location for filming largely due to a competitive incentive programme driven by the South Carolina Film Commission. (The incentives are in the form of a cash rebate, paid to the production company within 30 days of final audit. How it differs from tax credit-based incentives is clarified here.) But according to Mattheus Mei at the Leonardo’s Notebook blog, the State’s unpopular Commerce Secretary, Joe Taylor, actually tried to block filming in the State, because he didn’t like the sexual content of the script.

‘It actually took maneuvering around the Secretary and confronting the legislature directly that was crucial in landing the film in Columbia. It was so bad that last week the Senate apparently had to have a committee meeting calling members of the Film Commission, the Commerce Department and the film itself to count before it to discuss the film – including the Film’s Director.’

Now anyone who has worked at the intersection between government and film knows that there are a whole heap of objections (some valid, some entirely spurious) to the efficacy and applicability of incentives. And it really depends on the creativity of the sitting politicians to grasp – and manage appropriately – the economic potential thrown up by the film sector.

But as I discussed at the last AFCI Cineposium in New Mexico, there’s a little thing known as the Law of Unintented Consequences that always comes back to bite you: in this case, the self-important opinions of an (elected?) official.

Sadly, it looks like it’s adding up to a fairly lousy experience for the producers. Inspite of a production that involves at least two of the most beautiful people in film – AND features the luminescent Catherine Keener to boot – this hasn’t been an easy shoot.  Veteran actor James Caan apparently left the film set three weeks ago in a dispute with the director over the way his character should choke on a cookie (I kid you not) And then on Friday, the South Carolina State newspaper reported that The Screen Actors Guild had called all its members, including Gyllenhaal and Biel, on strike, after film producers did not keep enough money in accounts to pay actors. They’re back at work now, apparently, but my, I’m sure the producers will all have really fond memories of Columbia, SC……..