For all its special effects, its Hollywood stars, its humungous Teutonic battle scenes, Season of the Witch reminded me of those old made-for-tv Hammer House of Horror movies. That’s not necessarily a bad thing – low expectations and all that. I’m just not sure that’s the effect the filmmakers were going for.

Nicky Cage and his hair piece (and you all know how I feel about them both) is Behman, a Knight who has deserted from the Crusades due to some piffling and much-belated sense of guilt. As part of a punishment, he is charged by the church with escorting a young woman across the plague-ravaged mountains for trial. She has been accused of witchcraft, and an is-she? isn’t-she? game of cat-and-mouse takes place as the journey progresses and various foul and freaky events befall them. 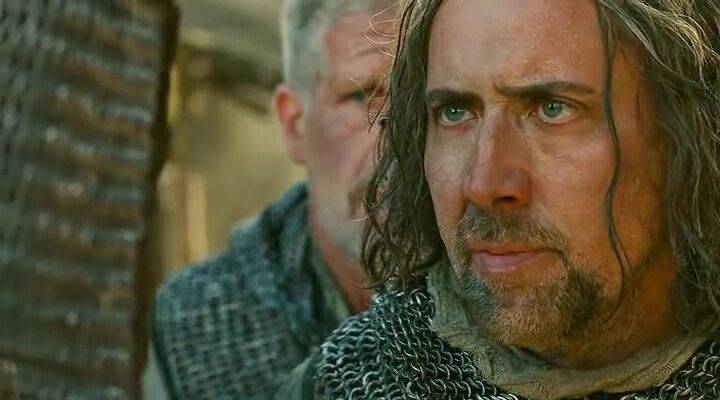 It filmed in variously in Hungary, the Czech Republic, Croatia and Austria – more on the locations at imdb. The “Filming Locations Detective” has a photo or two at Flickr.