I should preface this review with an explanation. When I am in Belgrade, or indeed travelling anywhere on the planet, I am basically forbidden by The Redhead from seeing anything that we might see together at a later date. So I’m often left trawling the C- D- and E- movie basket for something to fill my leisure hours. Which, quite quite frankly, is how I came to Don’t Look Up. (That’s my excuse anyway, and I’m sticking to it.) 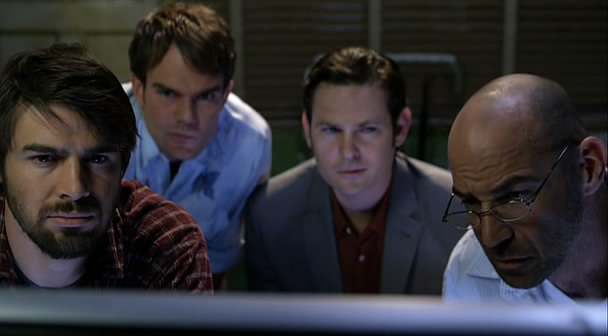 So let’s start with the good bits (they’re few and far between so I can be brief.) It’s based on a 1996 Japanese horror of the same name. It’s got Henry Thomas in it. And an Eli Roth cameo. And it makes a couple of wry observations of the casual arrogance and astounding rudeness of foreign film crews whilst on set in Eastern Europe. But apart from that, it’s pretty awful. It’s a messy hodge-podge of hokum about a prescient movie director whose film set is haunted. Ooo ooo ooo. Except it’s not. It’s rubbish, basically. And even though it was set in Romania, it filmed in Los Angeles. Enough said.