I’m sure there’s not filming permit in sight…….. Enjoy.

Finally saw Atonement over the weekend. Hadn’t been until now, because I’m a noisy sobber, and I didn’t want to embarass myself with too much loud and protracted weeping. But: I’m glad I saw it. It’s a beautifully-made film, with a truly memorable score, great costumes and period locations that are recreated with vivid attention to detail. If you are in any way interested in the production design elements that result in such a lush production, check out Peter Bowen’s Design of History story at FilminFocus.com Of course, being a British film, Visit Britain does the “best supporting” honours superbly, with wonderful information on Atonement’s locations and how to visit them. One of the most memorable scenes – the chaotic, disorderly and frankly disgraceful evacuation of British forces from Dunkirk, France – was actually filmed in Redcar in the north of England.

But for a different take, also look at the Redcar & Cleveland Borough Council’s website for a glimpse of the real excitement, the enthusiasm, the willingness to cope with disruption, and of course the economic impacts of a major film. Cape Town has had a decade-long reputation as a thriving film hub with a “can do” attitude. However, this season, the sector has been hit by a number of locations management issues that industry insiders are calling a “crisis”. Following an Industry Locations meeting called on 6th December 2007, the Cape Film Commission has responded swiftly and positively:

Made in Cape Town – Lord of War

On Thursday, I flew to Johannesburg for the final presentation of the Gauteng Film Commission’s Film Permit Process Review. This presentation marked the end of a seven month programme intended to provide the Film Commission with insight into the way film permits are accessed in Africa’s business hub. I love the GFC; they are hard working, dedicated, sophisticated marketers, and they’re wickedly funny. But they’ve got their work cut out for them with this one……

As the home of the national broadcaster, the SABC, it’s estimated that Johannesburg’s film and television production business is at least as big as that of the Western Cape. And Joburg’s been the location of some pretty major international movies, including the Oscar nominated Hotel Rwanda. But in the greater scheme of things, this means very little to the powers-that-be in Africa’s pumping economic heart. 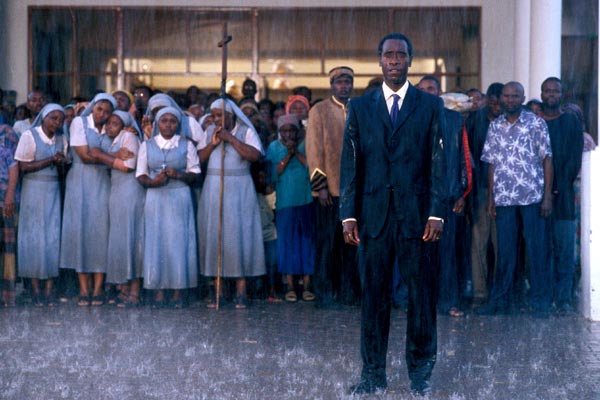