Tomorrow, I head off to Belgrade on 2009’s next big project – the establishment of the Serbia Film Commission.

According to USAID, who are funding the project, Serbia’s thriving film industry hit its peak in the early 1980s, with Yugoslavia ranking as one of the top destinations for overseas film productions. In the past several years, the motion picture industry has increasingly looked to Eastern Europe as a destination for film production. The Serbian industry is therefore looking to position itself as a unique and comparable location with capable talent and comprehensive film service resources. 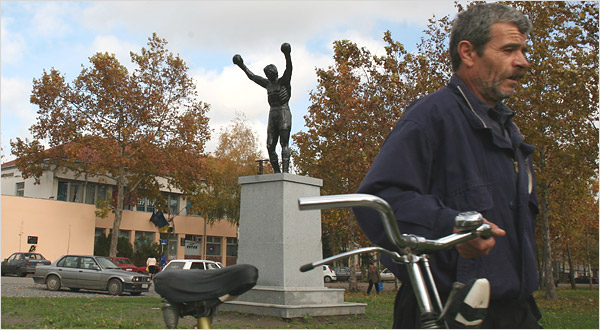 END_OF_DOCUMENT_TOKEN_TO_BE_REPLACED

Back in January 2008, Martin Cuff Consulting assisted the Kenya Film Commission with the planning, scheduling and organisation of a familiarization tour to a selection of Film Commissions, Film Organisations, production houses, film studios and film schools in South Africa. The March 2008 edition of Screen Africa covers the visit here.

Today, the KFC launched its brand new Newsletter, which we’re happy to see includes extremely positive feedback from its visit – as well as some concrete goals for further interaction with the SA industry.