Thor was a nice film. Entertaining enough. I liked Kat Dennings channelling Justin Bartha as the dry Riley Poole sidekick. I like Chris Hemsworth better without the hair. I love (of course) Natalie Portman. But it felt like watching a tv show. Nothing wrong with that per se, but I don’t see it being a thunderingly auspicious start to an Iron Man-esque franchise. It felt kind of shallow. I bet it’ll sell a ton of toys though. The town where the exiled Thor inadvertently crashlands for the very briefest of times, was purpose built in the scrubland outside of Galisteo, New Mexico. Strangely, I can’t summon the enthusiasm to write more than that. 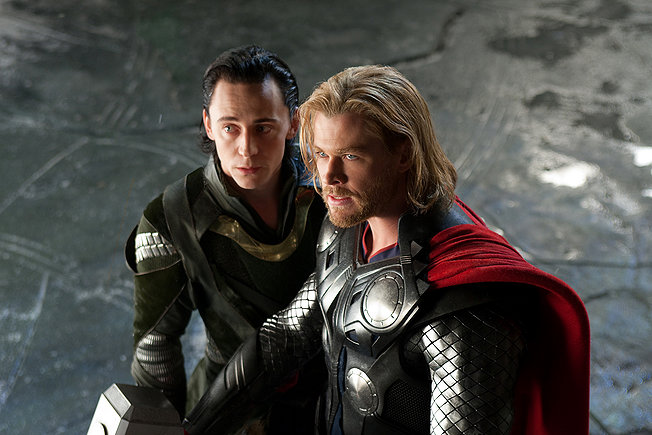 Clearly I have developed Tourettes: since last night’s movie Did You Hear About The Morgans?, I’ve been blurting out all kinds of ill-advised and off-colour swear words at inopportune moments.

The Morgans starts on tricky ground for a comedy – an estranged NooYoyk couple, her wounded, him pleading – witness a murder and are whisked off, together, into the Federal Witness Protection Program in rural Wyoming. (Wyoming’s all rural, actually, but it just sounded better written that way). There they have to learn to trust each other and learn to laugh together again and learn about just how nice and homely the folk are in the state that beat Matthew Sheppard unconscious and left him strapped to a post – all the while unaware that the incompetent assassin is tracking them down.

Listen, Did You Hear About The Morgans? is not, on paper, a bad film. The plot is obvious, sweet, fish-out-of-water, town-and-country vignettes kind of stuff, Sarah Jessica Parker is (gasp) really quite touching as the emotionally injured wife, and there’s a nice enough cast of supporting players. However, what you’ve probably already heard about The Morgans is that it’s basically unwatchable, and that is all down to Hugh Grant. OMG – here comes the tourettes again, fuck fuck fuck fuck fuck – what the fuck was that performance? A role so completely at odds with the tone of the movie, so grating, so stilted, so shallow, so totally self-referential (Hugh as himself, basically) that every time he’s on screen the movie dies a thousand small deaths. Awful.

As for Wyoming, the movie of course filmed in New Mexico – allegedly because Wyoming Republicans (led by that charmer Dick Cheney) objected to jokes about Sarah Palin and the state’s venomous attitude towards liberals. As a result, the ranch that appears in the film is actually to be found in Pecos NM, the rodeo grounds in Galisteo, and there really is a town of Ray. It’s just not in Wyoming. As a result of Cheney’s political interference, 75 NM crew and 1000 NM extras scored the jobs that could potentially have gone to Wyomingans (is that a word?) Apparently the DVD’s extras include “an interesting look at how a small New Mexico town cheated for Wyoming.”