The transmedia marketing for The Martian is EXACTLY what should be done for a space epic of this magnitude. Collated through You Tube and an “Ares Live” channel, it draws the audience in and stimulates their encyclopaedic need for knowledge and engagement via a whole bunch of innovative content.

Real Science with a world-famous thinker for added kudos – tick

Actual space science you don’t see on screen. (It’s not often you get to hear the worlds Chemolithotophic Detection in a sentence) Tick

A Farewell Video introducing the crew, their dynamics and the Ares itself. Tick

It’s really just a masterful demonstration of how Transmedia is used to build out complex words and notions so that the story itself remains clear and focused on its 90 minute journey. I saw The Martian last night and it really is all that. And finally, for good measure, Mars itself (Jordan played stand-in for the film)….. Interstellar was – how shall I say this nicely? – underwhelming. It’s glorious to look at – even the dustbowl scenes are magnificent. But somehow the glitz can’t overcome the amalgam of problems. Can I just point out some of them? Yes, spoilers ahead….. END_OF_DOCUMENT_TOKEN_TO_BE_REPLACED

Oh, haven’t we all done things we regret? But poor Scott Thorsen – he gives up his job, his loving family, his health and his face (yes, his face) for that vile carapace of ego and guile, Walter Liberace. Soderbergh’s movie of the abusive, controlling and utterly dyspeptic relationship between between the two of them is actually quite brilliant – uncomfortable, cringe-worthy, repulsive, camp-as-christmas – and Scott’s downward spiral as he battles to keep a relationship he doesn’t know if he really wants is quite tragic. Matt Damon as Scott is great, and Michael Douglas as Liberace himself is so good, so revolting, so abhorrent, so compellingly self absorbed you almost forget there’s an actor behind all that wig and rhinestone. Stand out too: Rob Lowe as a dodgy plastic surgeon with a face like Michael Jackson. It’s all a bit bizarre, but like a car crash, it’s impossible to take your eyes off.

I know. Matt Damon sunk low in a family tear-jearker about a widower who – guess what? – buys a run-down zoo. On the whole it’s completely dreadful – Elle Fanning plays home-schooled like she’s a a lobotomized moron, and Scarlett Johansson grins her way through the reflective bits with the glee of a complete psychopath.

I shall say this only once however, and quietly lest anyone hear me: I totally sobbed my way through it and I really really liked the fatter, slobbier Matt Damon as the grieving Dad. In fact, I found myself wishing the movie was a three-hander between Matt, his two kids (who are great) and a few cutesy animals. We Bought A Zoo filmed in Thousand Oaks and Pasadena California, though the zoo of the original was in Dartmoor, England, and the actual Benjamin Mee looks like this, not like this.

I guess when you’re Steven Soderbergh, you’ve got your pick of A-listers prepared to do bit parts in your films. And I guess you also get to pretty much choose where you’re going to shoot. And I guess, therefore, when you’re Steven Soderbergh, and a script like Contagion lands in front of you, you get to bring together your game team of cast and locations in perfect harmony.

Well, yes, that’s true enough, in principle. And it’s also true that – unlike some unfocussed, heart-stringy Roland Emmerich block buster – Soderbergh takes the high road with the story line. He treats it dead seriously that a working Mom returns from a business trip to China trailing a disease in her wake that’s both airborne and transmitted by touch. The ensuing pandemic ultimately takes out several million people whilst Scientists struggle try to isolate a cure and the woman’s surviving husband attempts to fend for his surviving child.

So I found the sociological parts of the story really fascinating – yes, even the close ups that remind us ickily of the gazillion objects we carelessly touch each day. But in spite of the excellent cast and the glorious range of places he puts them (Illinois did stand in for Minnesota), it just fails to connect on any visceral level. Perhaps that’s apt: in a movie where human contact can be fatal we are held at a very safe distance from the characters. So: Contagion? Good, but not, sadly, great.

It’s Rugby World Cup time down-under, and the Springboks are once again attempting to bludgeon their rivals into submission. I never quite know who to support here, being English AND South African, or Irish-Welsh-Scottish ancestry, with dollops of emigration to Argentina, Canada, New Zealand, Australia and the United States along the way. And I even have an unlikely fondness for the beloved Republic of Georgia. (I was going to call them minnows, but have you seen the size of their scrum? Anyway.) About the only team in the competition I don’t have any kind of tie to is Japan, and it’s very difficult to dislike Japanese at the best of times.

Anyway, in honor of the tournament, I’ve spent my non-game-watching hours catching up on the rugby movies that I suppose inevitably emerged in the run up to the event. The biggie of course is Invictus, Clint Eastwood’s movie about the 1995 event that took place in South Africa and (allegedly, at the design of Madiba himself) resulted in the first manifestation of a united Rainbow Nation. It really focuses on how a bunch of good-looking but arrogant white guys learn discipline and humility through the beautiful game. Matt Damon plays the Springbok captain Francois Pienaar, and he does quite well with the accent.

Forever Strong picks up the meme: a good-looking but arrogant white guy learns discipline and humility through the beautiful game. Here a high-school rugby star in the US is plucked from reform school to join an elite rugby team. It’s pretty well made and well acted and not half as bad as it sounds.

Play On is the least polished of the three films, it’s somewhat inconsistent, but it does have the odd flash of brilliance. It’s about, yep, you guessed it, a good looking but arrogant white guy who learns discipline and humility through his participation in a rugby squad. He also reconciles with his Dad – his real-life dad, so it turns out. I’m quietly impressed that the Scottish lead is actually an Australian who lives in LA.

Anyway, enough of the movie watching, it’s back to the real thing. 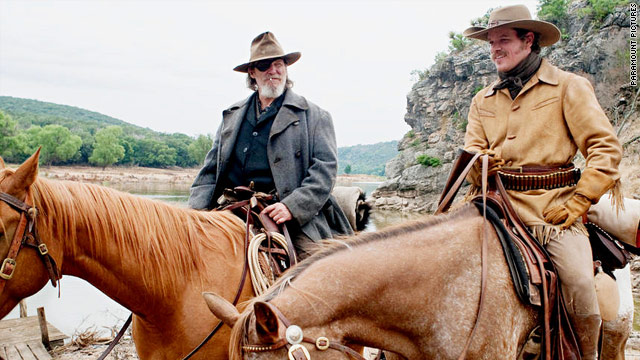 The Adjustment Bureau takes on some pretty big themes; fate, faith, chance, luck – good and bad – predestination, God. None of that matters though, because all you want is for the damaged Matt Damon to find love and happiness with the effervescent Emily Blount….

Stubby Matt (no favours done by that ill-fitting suit) plays a youthful congressman who meets a woman, played by Emily (perhaps in her best form since The Devil Wears Prada) in the loos at the Vanderbilt, and suddenly sees a life for himself that doesn’t include aching loneliness and constant craving. Unfortunately this stunning realisation is the cue for the appearance of The Adjustment Bureau, a shadowy, secretive, all-knowing, all-powerful Gods-and-Angels kind of organisation that makes subtle adjustments in the fabric of time, to get people back on course. And of course, the particular course they want for Matt does not include Emily….

So thus begins what is really a romantic-sci-fi-adventure-thriller-chase movie that scampers in and around and under New York City. But again, none of that matters because the stuttering, unfolding relationship between Matt and Emily is so heart-felt and so compelling. Wait til the pivotal kiss in the tea room in Central Park: you’ll also want them to be together. For ever.

With it’s film New York City storyline, The Adjustment Bureau was shot on location – no Toronto stand-ins here – and it shows. You can virtually smell the place. Emanuel Levy – you really must read this chap if you want informed takes on movies and their locations – has the best stuff on the scope of physical sites used during the filming. And if, like me, you’re wondering where the actual Adjustment Bureau building is: END_OF_DOCUMENT_TOKEN_TO_BE_REPLACED