A great story from Peter Biskind in March’s Vanity Fair; during the filming of The Deer Hunter in Thailand, producer Barry Spikings’ chief Thai liaison was General Kriangsak Chomanan, at the time the supreme commander of the Thai military. The producer simply called him “K.” Spikings recalls;

“We needed lots of weapons, helicopters, armored personnel carriers—and he provided them all.” But one day Kriangsak told the producer, “What’s going to happen this weekend: we’re going to play some martial music, and we’re going to have a military coup. That means we need all the weapons back, the helicopters back, and all the armored personnel carriers back.”

“K! We’re making a movie here! You can’t do that! We’ve got an agreement—we’ve shaken hands!”

“Barry, Barry—please, please. You’re making a movie—I have a military coup. But it won’t take long. There’ll be a few people who’ll get shot on Sunday, and then you can have the stuff back.” 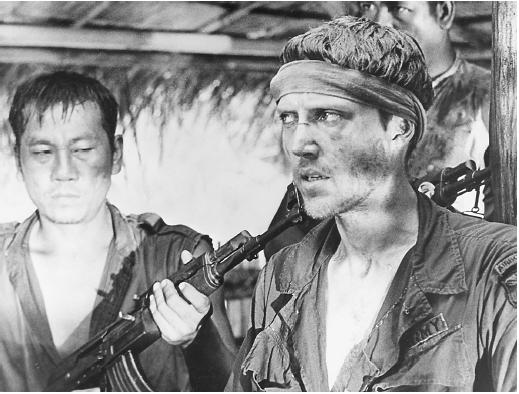