Part 2 of the must-read Millennium Trilogy, The Girl Who Played With Fire is not such an electrifying book as Part 1, so it’s unsurprising that it also makes a lesser film. 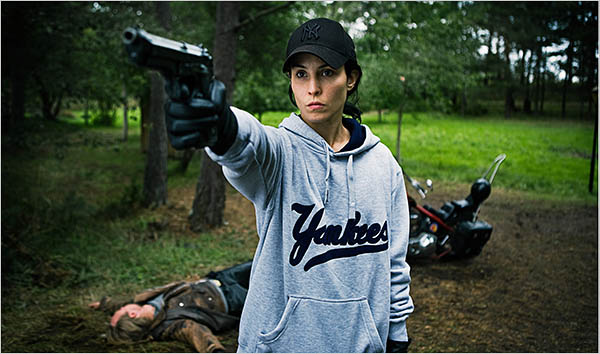 Bad-girl (but not really) Lisbeth Salander returns to Sweden from an unlikely world tour, and through a nasty twist of fate is implicated in the brutal murders of two idealistic journalists. When she tries to assert her innocence, she’s drawn into a web of intrigue that includes Sex Traffickers, Cold War defections, sexual politics in the workplace, biker gangs, corrupt judicial systems, bloody domestic violence and a stifling bureaucracy.

Unfortunately, whilst the book takes its time to slowly unravel these complex issues, the film saunters through it at a brisk canter; it moves so glibly, in fact, that I found myself wondering about the Director’s Cut with deleted scenes that might make sense of some of the gaps. Anyway, it’s still worth a watch, Noomi Rapace is still great and I still don’t understand why Hollywood would bother with a remake. No stand-out locations this time round; a couple of grim Stockholm street scenes (looks a bit drab, honestly)