I knew someone once who was a prolific and inventive liar. When he came to South Africa to visit, he was so busy dishing out the whoppers about his relationship with a certain Royal that the whole story ran away with itself for a while. I didn’t follow the fall out – I’d drifted away in embarrassment by then – but all I can say is that I didn’t find being press-ganged as an enabler of someone else’s fantasy life very amusing at all. I added no exclamation mark whatsoever to that experience…. 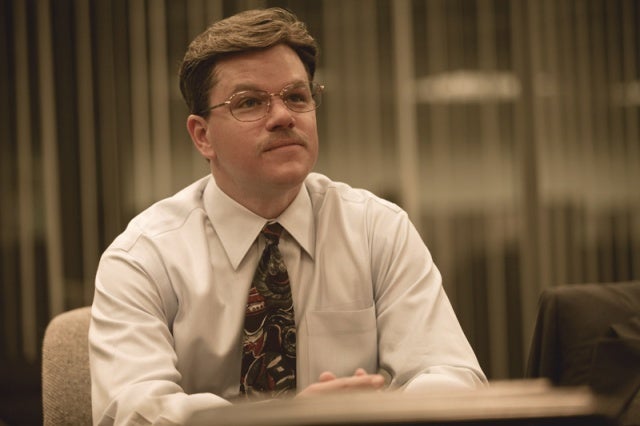 All this is probably why I found The Informant! so troubling. Matt Damon plays chubby Mark Whittacre, a bumbling, haphazard, self-destructive senior manager at a food production plant who seems to lie for the hell of it. He becomes a snitch about the company’s humungous price fixing tactics, but at the same time he’s ditching dirt to the FBI, he’s simultaneously defrauding the business of millions of dollars on his own count. All very uncomfortable.

The movie shot in Decatur, Illinois – the actual location of the true-life drama. It also filmed at Whitacre’s own family “compound” just outside the village of nearby Moweaqua (pop. 1923).