OK. So whose bright idea was it to cast Nicole Kidman as the lead of The Invasion?? I mean, for goodness sake, she plays a character who has to act wooden to remain undetected by aliens. Act wooden? Oh come on, now! Wooden is pretty much what we’ve grown to expect from Ms. Kidman these days, so surely no one (no one sane, at least) was expecting a breakthrough performance. 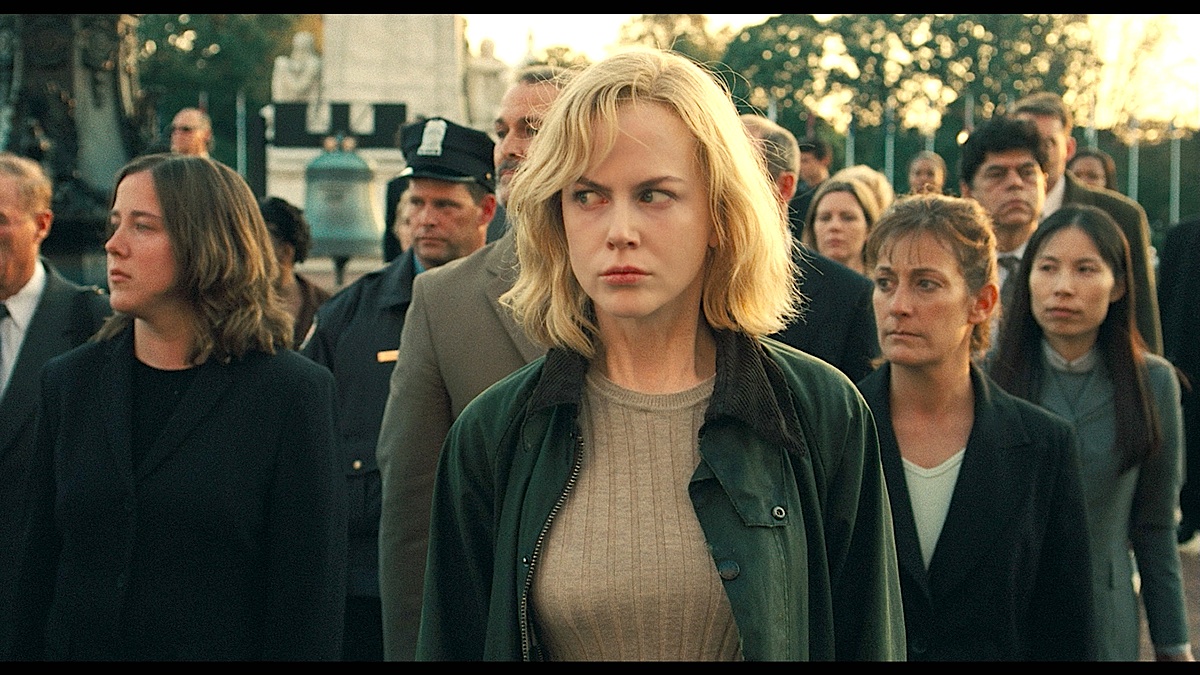 The Invasion is a strange remake of not one but two earlier films, including the scary – and much, much better – 1978 Invasion of the Body Snatchers. This version has echoes of earlier storylines; people are indeed changing, taken over by an aggressive alien intelligence. This time though, they change for the better. There’s no more war, no aggression – there’s not so much as a bitch-slap or a momentary lapse into rudeness – except of course if you don’t comply. And so Nicole and her ghastly kid set out to make sure that the human race remains smug, brutal, bloody and cantankerous. Ah well.

The movie shot in Baltimore, Maryland. At least it did at first. Unhappy with the results, parts of the film were re-written and extra scenes were shot in LA. Frankly, it shows. The film feels like it was mangled together absent-mindedly (the debate at the Czech embassy seems to have been cut and paste from an entirely different genred film altogether.) They even changed the title a few times. So it’s all a bit schizophrenic really, Nicole is the same as always, and I found I missed the pod people quite a lot, on the whole.

I should also add that someone should probably be criminally charged for the woeful under-use of Daniel Craig; his role could have been written out entirely and it would have changed nothing of any import (except perhaps the resultant loss of eye candy.)