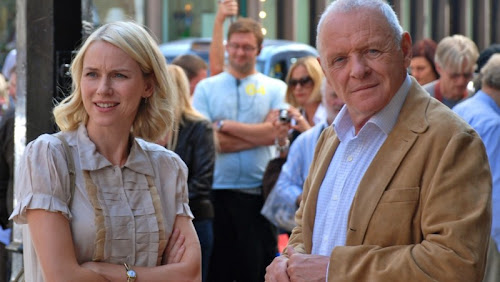 It’s an ensemble piece about a group of disgruntled Londoners. These are all glass-half-full kinds of folks (maybe that’s what comes of living in London?) but they’re driven by some new-agey persuasion that they deserve better. So they try to change their lives, mostly by ditching hopeless and uncooperative partners along the way. In doing so, however, not one of them gets what they want and few of them even get what they need. Actually, in spite of the last part, it sort of reminded me of real life, except with Woody Allen narrating. And since it is in fact a Woody Allen film, it’s quirkily and steadily entertaining enough. Smiley rather than laugh-out-loud. I doubt anyone other than Woody Allen could have gotten this film to the big screen though, or attracted such an all-star cast.

Cleveland Square and the Notting Hill areas were external locations, but London itself also seems like a bit of an unloved spouse here; it’s always present but not much is made of it.